Which is best smartphone, iPhone 5, HTC One, Blackberry Z10 or Samsung Galaxy S4? A few months ago I had the privilege of being able to choose my new smartphone. I have never been too loyal to a mobile phone manufacturer in the past and my last two phones have been a HTC desire followed by an iPhone 4. They were both very good phones, both have plus and minus points but in the end, most people would say the iPhone 4 was the better of the two. Push the clock forward to 2013 and the smart phone market is ripe with options. This is how I decided what to get and how I feel about my choice now. 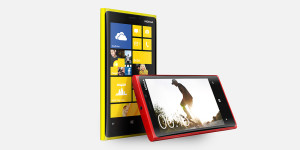 The Windows phones never quite compelled me to try them. All the hype on social media and brightly colour phones aside, I don’t have any confidence that windows phones are going to ever be more than a third choice protest vote. The Nokia Lumias are good but Microsoft is so uncool these days, I decided to ignore it.

The Blackberry Z10 intrigued me. I really want Blackberry to make a comeback and the very high quality well thought out Z10 is a great effort. The interface is strange, a mix of iOS and Windows phone. I quite liked it. It just didn’t have the flair and polished feel of some of the other phones I was looking at. A reluctant third place for the Blackberry.

The iPhone 5 was a bit of a disappointment for many, but for me it rectified all that was wrong with the iPhone 4 and 4S. Perhaps the zenith of the development of this generation of iPhone, it is a wonderful jewel like device, light as a feather and just the right size. Externally the iPhone had a lot going for it. However, when I began 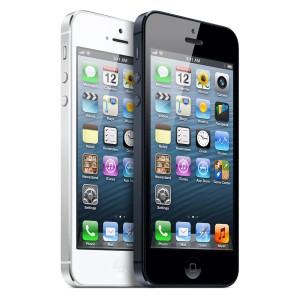 to used it, I became all too aware of just how similar it is to its predecessors. It lacks a sense of drama, a new toy feel and in real terms, it is a lot less powerful and capable than the best of the Androids. The next iPhone will need to be a massive departure from this formula if it is going to be a success on the scale of the iPhones before it.

Take Me to Your Leader

So I opted to choose between one of the newest android phones, the options being: Nexus 4 by LG HTC One Samsung Galaxy S4 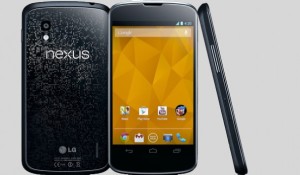 The Nexus 4 is very cheap if you buy it direct from Google, on sim only, it has to be the best choice. We have 2 of them in the business already. It’s a great phone, fast and pretty, a tiny but noticeable amount smaller than the other two. On contract though it feels expensive and it doesn’t have the extravagant hardware and camera of the others so it bows out here. 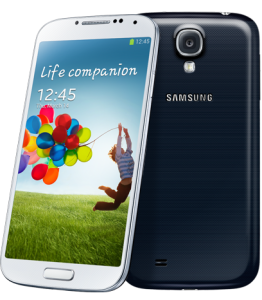 This is a hotly fought contest; both phones are incredible machines, with the best screens on the market, very impressive processing power, advanced cameras and the latest UI suites. First off, Samsung wins the horsepower war. It is much more powerful than the HTC. It is also much more powerful than it needs to be because the HTC is just as fast. Cameras? I was convinced by the HTCs innovative new super pixel concept, the Samsung’s camera is no slouch but I reward HTC here for their innovation. Interface? Here the HTC comes into its own. The new HTC sense is very much better than anything anyone else is doing in phone UI. It is still miles ahead of the latest iOS 7 for the iPhone. Easy win there for HTC. Tech and gizmos? This one the Samsung wins lying down, the Galaxy S4 has more toys that I would know what to do with In the end, I chose the HTC One. It is a very handsome phone, its metal sandwich construction makes if feel a lot more premium than the Samsung, the fact that it’s a tiny bit smaller helps too.however, the HTC lacked nothing I couldn't do without. After several months of use I still think I made the correct decision. 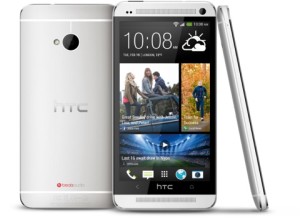 What annoys me about the HTC One?

Even though I still believe it is the best phone on the market, there are a few places that the HTC is not as good as I had hoped or is annoying in a way I didn't foresee. First, it’s too damn big. All the premium Android phones are huge and it must stop. We don’t need such big phones. There are times when I struggle to use this phone as it is next to impossible to operate one handed. The Camera… I had high hopes, pie in the sky hopes. I thought this would be a revelation in smartphone camera technology. All the science and all my knowledgeable photographically inclined friends said it would be. In normal use, it is not exceptional, perhaps less good than some of its competition.

The HTC one is very excellent pone. I think I made the best choice. It isn’t without its problems, I lament is overall size but it is very good. The hardware itself is very impressive and HTC Sense is a great interface. Soon HTC will be releasing a One mini, that will not have the same processor or high quality screen. Also they are releasing a version of the phone running on pure Android, which will be popular with Android geeks.

This One Technology Will Change Everything You Think You Know About Mobile Browsing!

Innovating in the post-app era

The Future of Apps