Look at this wonderful slideshow provided by the BBC and English Heritage. It is a lovely meander down not-quite-memory-lane, a visit to the past that skips the modernist age (the vision of the future that never was) and conveys an idea of England that was always fed to us in the colonies. Indeed when I first visited London, it was a large city like any other I had seen, not at all like I expected, in my head it should have been more like York or Edinburgh. 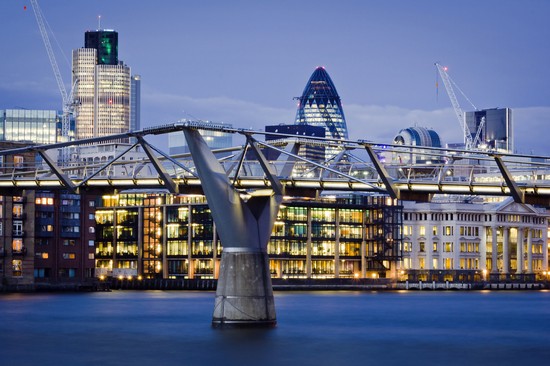 The internet has enabled people to indulge their nostalgia as never before. Friends Reunited is making a comeback (or trying its best to ) ancestry.com is providing people with access to virtually unlimited resources for obsessing over their personal histories and heritage. Post WW2 most of our culture has been futuristic and forward looking but in the internet age, we have been largely retrospective. The most successful technical innovation of recent years is the iPad. As a concept, not at all new, they were prolific in Star Trek in the 70s. Facebook too is little more than the personal newsletter as promoted by such prominent personalities as Benjamin Franklin and Abraham Lincoln, further stretching the analogy the Facebook games are not unlike crossword competitions of days gone by. Today it seems we progress by looking at ways of taking the things we used to do in the physical world and virtualising it.

I was a bit of a geek growing up, fixated with all things aeronautical. Despite living in what many would consider a tropical paradise, much of my teenage years were spent in the Library not on the beach. I used to soak up and store the information I can now casually look up on my iPhone. The crowdsourced nature of the content on Wikipedia means that unlike the one sided views I was exposed to in books, I now have cross-referenced information, relatively free of opinion. In a fit of nostalgia a few weeks back, I went to a shop (remember those) and bought an air plane model, a re-release by Revel of an 80s Matchbox kit that I built as a 12 year old. Of course I shared the progress with my friends on Facebook.

What surprised me was the nostalgic response I got on Facebook. Lots of people, many who I didn’t expect, were excited about someone actually making something, real tangible that you can touch. I have to say, I enjoyed the whole business immensely, and have bought another one.

Google Earth and Streetview are two of my favourite things in the world. I have always loved maps, one of my most prized possessions is a 1960s readers digest atlas of the world, a huge one! For my entire life, the atlas has been horribly outdated and contains numerous countries that no longer exists and is missing several that have appeared sing its 1963 publication date. Google Earth however, with some difficulty enabled me to study the globe like never before on my South African 00’s dial up internet. More recently, I was rediscovering my home town, looking at all the houses I lived in on Streetview, attempting to make all my UK colleagues jealous of the golden beaches and blue skies. I was struck, charmed and saddened (homesick) to see my father’s pick-up being followed by the Google car, all the way to our gate. I reacted joyfully to this discovery, it was an instant flashback and reminded me of the thousands of times I took that corner and opened those gates.

There is irony in the fact that I sit here every day thinking of new innovative ideas to bring to life with digital technology but that which is most successful and indeed which I most enjoy is retrospective. It may well be that rather that trying to come up with new ideas, I should focus on the best ideas that have gone before and look at how to bring them back to life with digital technology. Perhaps the biblical wise king Solomon was right when he said “there is nothing new under the sun” or if you prefer Lennon/McCartney’s All You Need is Love, “There is nothing you can know that isn’t known”.

So does this mean that once more, it is back to the future?

A Desk Fit For a Developer

On the way to greatness

Building a new website with an agency. Everything you need to know.