02Debunking the myths of hreflang

Hreflang tags are difficult – we all know that. But what makes them more nerve-wracking are all the myths that surround them. How many of them should you really be worried about? Let’s take a look at some of the common myths around hreflang.

Yandex Does Not Support Hreflang 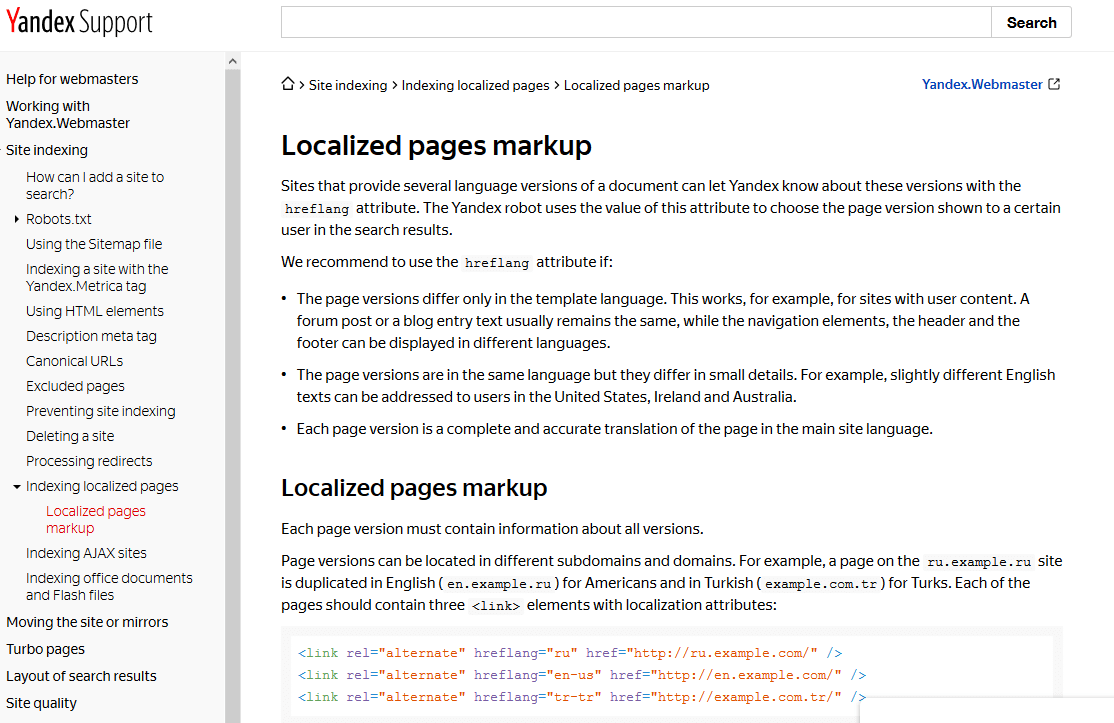 But beware there are some search engines that don’t support hreflang, such as Bing and Baidu. Instead they use the “content language” meta tag, which looks something like this:

So if you’re looking to optimise your site for any other search engine, it’s important to look at their individual guidelines on how they crawl and index international sites.

In actual reality, quite the opposite is true. Most SEOs believe that Google does not crawl sitemaps as often as it crawls your HTML pages. Because of this, Google could have problems processing the hreflang tags included in your sitemap. This increases the risk of experiencing hreflang errors on your site and even Google displaying the wrong version of your site to users in the search results.

If you do choose to use the sitemap method of implementing hreflang tags, we do advise to keep your site updated as often as possible. This is because updating and adding new pages onto your site may increase the chances of Google crawling your sitemap more regularly. This in turn will help Google process your hreflang tags faster.

Hreflang is based on your Canonical tag

False, the hreflang is based on the URL which is indexed not the one stated in your canonical. But hold on a sec – Isn’t the canonical URL supposed to be the same one indexed?

That’s not entirely correct, especially if the canonical URL you set is not valid or if you never set a canonical URL in the first place. When this happens, Google will simply choose the canonical URL for you and it may not be the one that you set or wanted to get indexed.

While not setting a canonical URL in the first place is an obvious problem, there are also many ways in which the canonical you set could be made invalid. For example, if you set the canonical URL as the English version of your site on your German site, this could seriously confuse search engine crawlers: 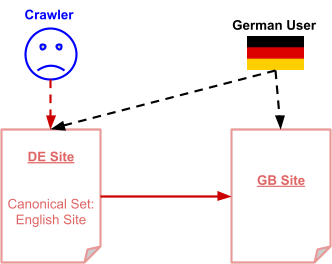 Canonical Tags are not required

Most people seem to think that the hreflang and canonical tag are the same thing. This normally results in people ignoring the canonical tag completely from their pages. It is true that both are considered as indexing signals by Google, so if you did ignore the canonical your site will still get indexed through the hreflang tags used.

But the problem arises in which version of the site should be indexed. The canonical tag (sometimes called rel=canonical) clearly tells search engines that this is the preferred version of the page we want indexed from a set of similar pages. Take the following as an example – Page B is set as the canonical URL on Page A and Page C: 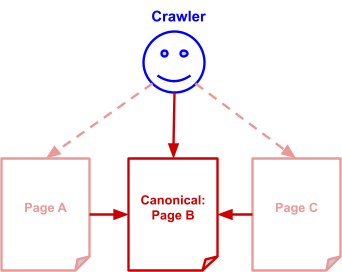 This means when a search engine crawler visits page A and Page C, it will know not to index these pages as they are similar to Page B. So the only URL the crawler will index is Page B, as this has clearly been stated as the preferred URL from the set of pages. This could help in instances when say there are URL modifiers or local clones of the pages (such as for AB tests or URL based tracking) 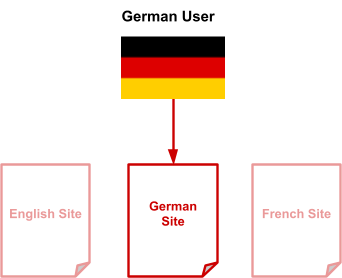 Now if we combine the canonical URL with the hreflang tag, this is telling search engines that based on the user’s region or language this is the URL we want indexed and shown instead of the other similar pages available:

And with these clear instructions Google will know straight away which version to show in it’s search results based on the user’s language or location.

Now we got the myths out of the way, it’s time to look at the best practices of hreflang.