Breaking news stories are always of interest to most people. And you will often see sites that are not part of the original media push that take up a breaking story and make it their own. In fact, during the Royal Wedding in 2011 I was tweeting ideas on how to use the nuptials to make money.

Go register Kate Middletons Dress .co.uk I bet loads of searches on it for 2-3 days… Stick adsense on it…

And sure enough, a few days later, Pippa-Middleton.co.uk was born, a highly successful fashion blog about her sister.

Some of the other ways to ways to treat news stories are described below.

We love parodies, and no one did it better than theOnion. In fact, if you took a look at some of their early stories, some were so convincing that they made their own news…

It may sound like difficult work, but if you can identify a popular new story and rewriting it as a parody, and pushing it almost as real news, you could do well from this strategy. (just make sure that you leave enough clues to make the educated reader realise that the story isn’t true!). Although sometimes parody can turn out to be true in the long run. 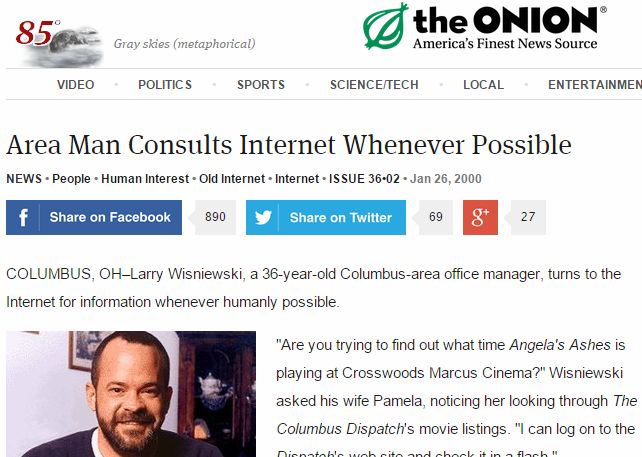 People often ask us how a business can use parodies for their strategy – after all, most commercial businesses arent in the business of news, they care about getting their brand in front of consumers. To be honest we find that the best way to use parodies is to couple them with newsjacking. See what Nissan did when they played it right: 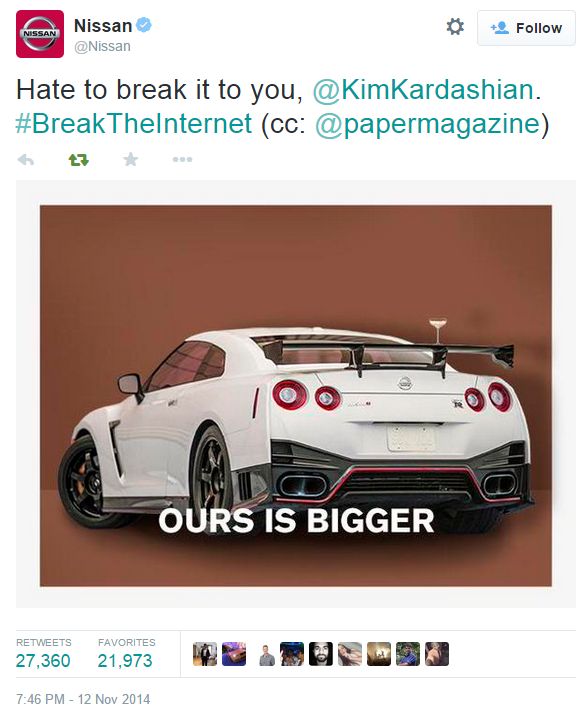 Like TV reviews, news stories get churned over by a number of news sites to drive eyeballs. There is no reason why a commercial site can’t do the same. Review the latest breaking story best suited to your niche and push it out as content.

Commentary and opinions are another way of churning a news story into new content. A well done commentary can often drive more views and engagement than the original story – the key is to take away that ONE idea that can turn the story on its head. And to be honest there is no lack of news in most niches.

If a story is particularly close to your heart (or your businesses’ ethos, thoughts etc.) you could build a supporting piece, which could add more value to the original story as well as demonstrate why you fully support the piece. Again, a great way to capture like-minded individuals if done right.

We like follow up posts and pieces. We often find that an interesting news story is easily forgotten by the media and journalists.

A follow up could add a lot of value to your content strategy as you are filling in the gap that other sites left. One of the most commonly used format for follow ups for examples is “Where are they now?”, usually dealing with TV celebrities and shows.

News jacking is typically the process of taking a popular story and perverting it to your own cause. From charities to large ecommerce sites – they have all tried it, and many have made news jacking a huge part of their content and marketing strategies. Take this clever PPC campaign from Ann Summers during the 2010 elections:

May not have gotten them sales, but delivered media coverage, links, and impressions that were cheap to buy.

Back to Popular TV Shows
Next to Book Reviews / Summaries